Meaning of Belts in Jiu Jitsu 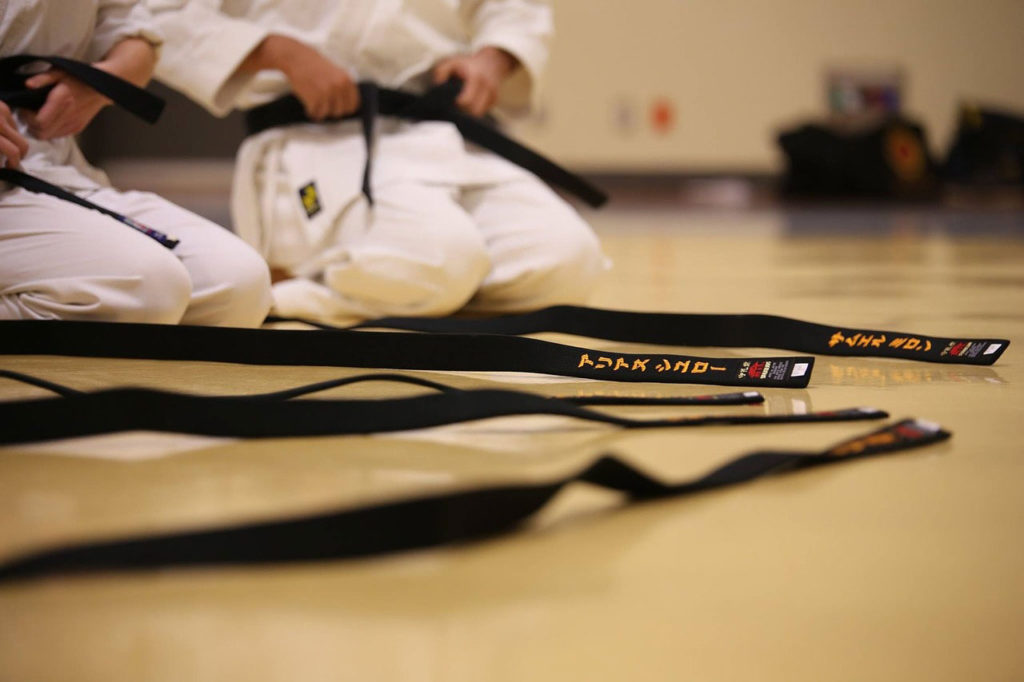 White belt is the beginning rank for all Brazilian jiu-jitsu students. The rank is held by any practitioner new to the art and has no prerequisite.[1] Some instructors and other high-level practitioners think that a white belt's training should emphasize escapes and defensive positioning since a white belt will often fight from inferior positions, especially when training with more experienced practitioners.

Most academies will additionally require that a white belt level practitioner works to obtain a well-rounded skills set, with a knowledge of basic offensive moves, such as common submissions and guard passes.

Blue belt is the second adult rank in Brazilian jiu-jitsu at schools that do not use yellow, orange, and green belts for adults.[1] At the blue belt level, students gain a wide breadth of technical knowledge and undertake hundreds of hours of mat time to learn how to implement these moves efficiently.[9] Blue belt is often the rank at which the student learns a large number of techniques. The IBJJF requires a practitioner remain a blue belt for a minimum of two years before progressing to purple.

Although many Brazilian jiu-jitsu organizations adhere to the IBJJF standard of awarding the yellow, orange, and green belt exclusively as part of a youth belt system (under 16 years of age), some supplement the time between white belt and blue belt with one or more belts of these colors with adult practitioners as well.

The IBJJF requires that a practitioner be at least 16 years old to receive a blue belt, thereby officially entering into the adult belt system.

The IBJJF requires students to be at least 16 years old and recommends they have spent a minimum of two years ranked as a blue belt to be eligible for a purple belt, with slightly different requirements for those graduating directly from the youth belts. The IBJJF requires a practitioner remain a purple belt for a minimum of 18 months prior to achieving a brown belt.

Brown belt is the highest ranking color belt below black belt in Brazilian jiu-jitsu. Progressing from a beginner white belt through to a brown belt typically requires at least five years of dedicated training. It is often thought of as a time for refining techniques.

In Brazilian jiu-jitsu, the black belt denotes an expert level of technical and practical skill. BJJ black belts are often addressed within the art as 'professor', although some schools and organizations reserve this title for more senior black belts. To be eligible for a black belt, the IBJJF requires that a student be at least 19 years old and to have spent a minimum of a year as a brown belt. The black belt itself has nine different degrees of expertise, similar to the dan in traditional Japanese arts, with rankings at seventh degree and eighth degree commonly denoted by a coral belt, and the ninth degree represented with a red belt. The IBJJF requires a practitioner to practice and teach at the black belt level for a minimum of three years before progressing to the next rank.

As with most things in jiu-jitsu, there is no standardization from one academy or organization to another. This is also true for the black belt, as there is no set guidance from the IBJJF related to variations of the belt. However, there are three common variations of a black belt, each of which has its own general meaning: a black belt with a white bar generally indicates a competitor or practitioner, while a black belt with a plain red bar is the standard black belt (but sometimes differentiates a coach from a professor), and a red bar with white borders on both ends sometimes comes after at least a year or more of teaching as a black belt and can differentiate a professor. Royce Gracie and the Valente brothers started a black belt with a blue bar to honor the legacy of Hélio Gracie, but this has not been widely adopted.

Talk to us today